Was it the Tanks or the Docks? SGS Galson AIHR Shark Solves Oil Refinery’s Benzene Mystery. 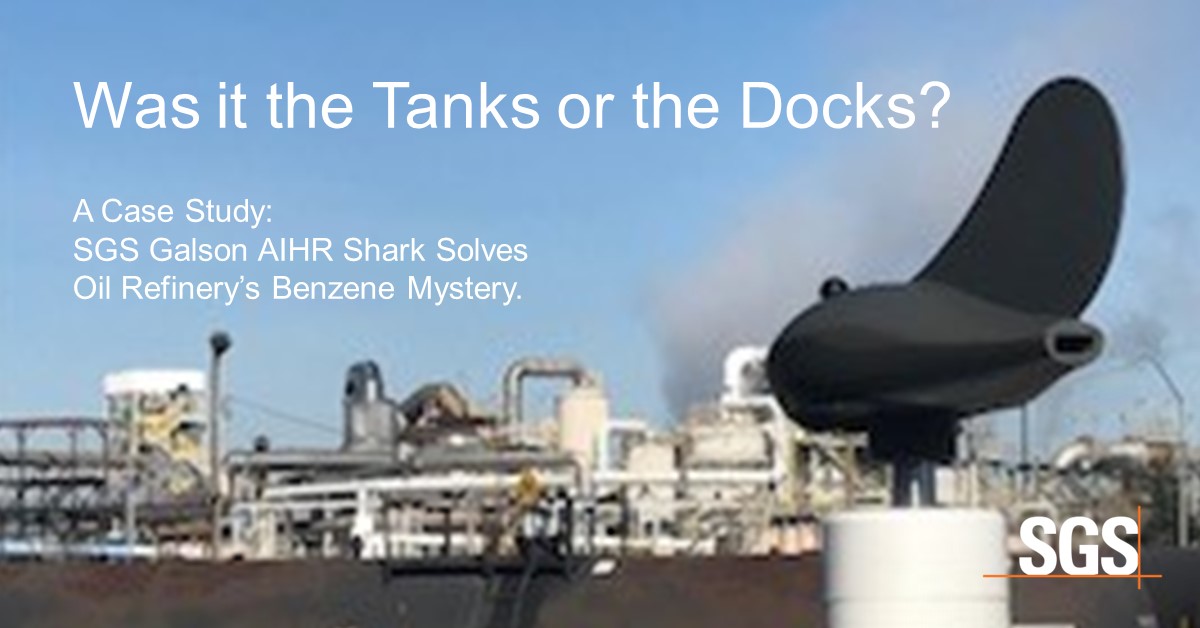 Clients are discovering the actual impact our innovations are making in the often-difficult task of pinpointing the location of toxic emissions. The SGS Galson AIHR Shark is our state-of-the-art hands-free tool that monitors emission levels caused by refinery activity or off-site sources. Here’s a case where the Shark identified where benzene emissions were coming from and saved significant cost to the client.

Multiple TD tubes were deployed on the fenceline for months, analyzing every two weeks and comparing concentrations to the Windrose meteorological data. Windrose data is derived from the wind speed, direction, and duration during the sampling period from on onsite meteorological station or a regional National Oceanic and Atmospheric Administration (NOAA) site. After months of exceedances and studying Windrose data, it was still unclear of the source of benzene.

Two SGS Galson Sharks were deployed for ten days between the marine terminal and the storage tanks. The analyses indicated concentrations of benzene in the direction of the marine terminal and no concentrations of benzene pointing to the storage tanks. The sample results were loaded into a software program which geolocated the Sharks on a Google map of the facility for ease-of-data interpretation.

The Sharks identified the emission source in less than two weeks, while the additional TD tubes did not provide conclusive data in months of deployment. Marine terminal operations were reviewed and modified to reduce benzene emissions and needless service to the storage tanks was avoided. Two important lessons were learned from this exercise: significant concentrations can come from a direction other than the prevailing wind direction and the Sharks always align with the “true” wind direction rather than the direction being reported from a nearby NOAA station.

Contact me with your AIHR Shark questions and for a demonstration; or contact our award-winning Client Services Representatives anytime at: