The AIHR Shark is a state-of-the-art hands-free tool from SGS EHS that monitors emission levels caused by refinery activity or off-site sources. It is the perfect enhancement to complement your hazardous emissions monitoring program. The Shark collects low-level VOCs (including benzene) onto a sample media when deployed for as short as one week for troubleshooting or two weeks in-line with TD tubes. The data from the Shark can be automatically uploaded into the web based Chemrose Software. The solution map is available instantly to vector the location of the source. (example image shown below). The Shark can be analyzed for all VOCs allowing for potential “fingerprinting” sources so identification of source can be determined through the combined analysis and directional information provided.

From there the vectoring can be combined with our other leak detection equipment. For example, the Shark can be used with SGS Galson’s real-time portable instruments such as the PPB RAE and the stationary Smart Sense real-time monitoring and sampling initiation system to further characterize and pinpoint the emission source.

Example: AIHR Sharks surround the perimeter of the potential sources. Through vectoring, the emission source can be tracked prior to or post exceedance of a benzene “hit” on a TD Tube. 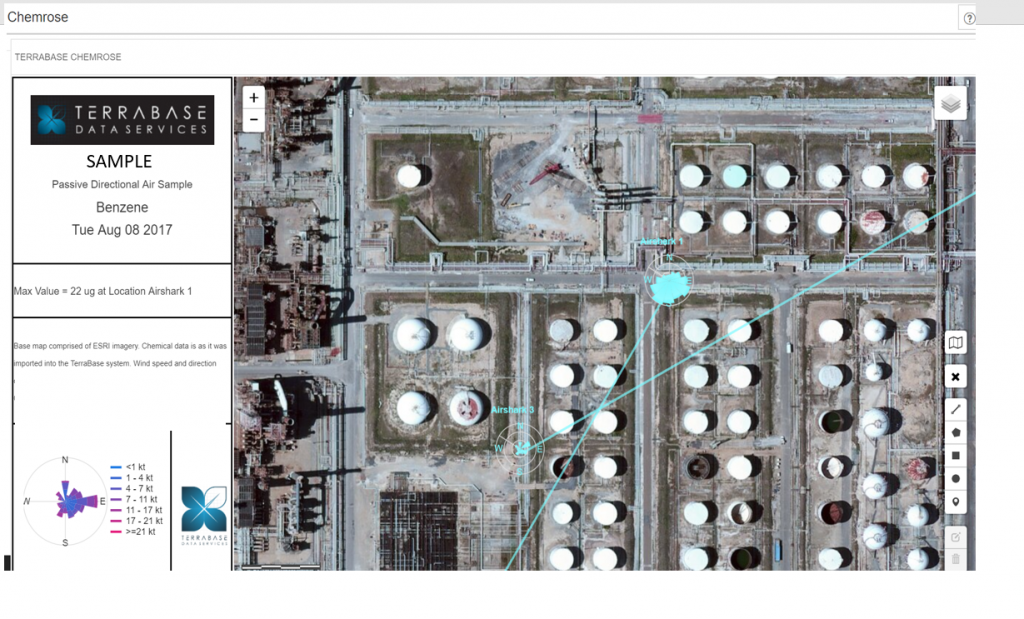 The AIHR Shark offers a uniquely innovative approach for you to get into and stay in compliance for your monitoring.

The AIHR Shark is: 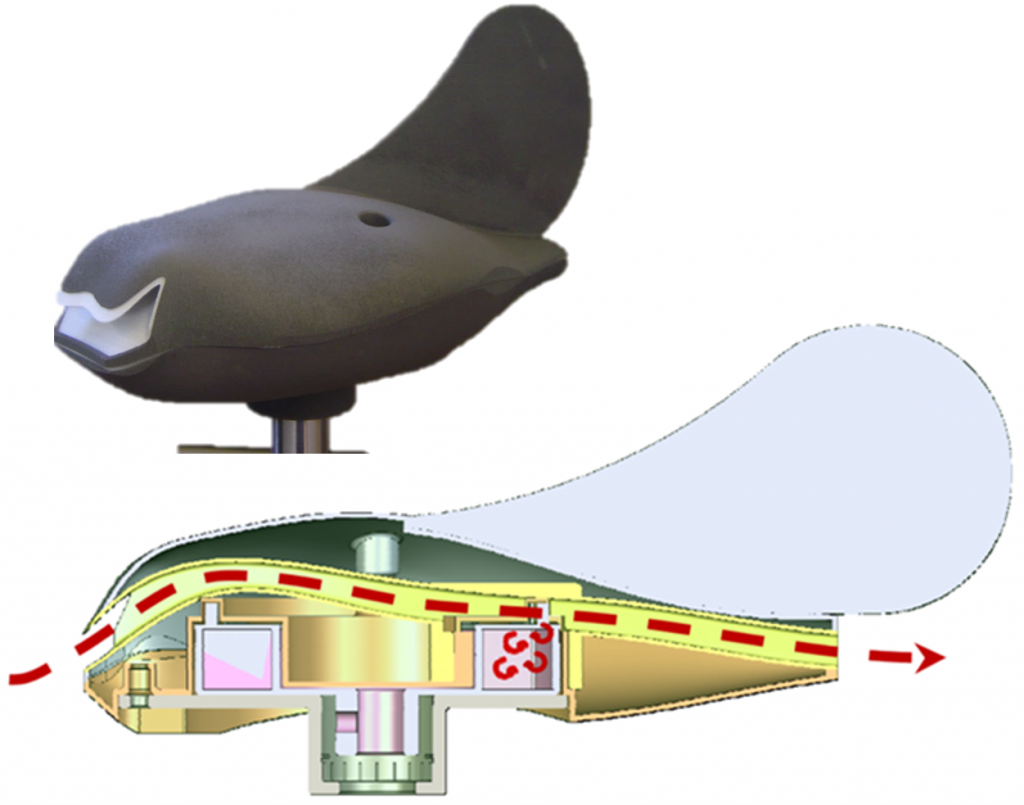 HOW DOES THE SHARK WORK?

A unique flow through design (that looks like the killer fish) and wind vane allows for the air flow to be directed onto one of 12 passive collection devices, all at a fixed 30 degree rotation. By analyzing the collection devices after performing sampling, higher concentrations in each of the devices provide an indication of source direction.  A map provides geocoded locations and the location of benzene sources can be approximated by vectors. In conditions with multiple obstructions such as refinery structures, the AIHR Shark provides a truer wind direction compared to regional wind data. Even at low wind speeds, gusts are sufficient to orient the AIHR Shark into the correct directional sample position based on changing wind directions.

Experience the future of IH analysis and monitoring solutions with the AIHR Shark! Contact our award-winning Client Service Representatives:

Was it the Tanks or the Docks?
SGS Galson AIHR Shark Solves Oil Refinery’s Benzene Mystery.

Multiple TD tubes were deployed on the fenceline for months, analyzing every two weeks and comparing concentrations to the Windrose meteorological data. Windrose data is derived from the wind speed, direction, and duration during the sampling period from on onsite meteorological station or a regional National Oceanic and Atmospheric Administration (NOAA) site. After months of exceedances and studying Windrose data, it was still unclear of the source of benzene.

Results:
The Sharks identified the emission source in less than two weeks, while the additional TD tubes did not provide conclusive data in months of deployment. Marine terminal operations were reviewed and modified to reduce benzene emissions and needless service to the storage tanks was avoided. Two important lessons were learned from this exercise: significant concentrations can come from a direction other than the prevailing wind direction and the Sharks always align with the “true” wind direction rather than the direction being reported from a nearby NOAA station.

What was in that Grassy Field that was Causing High Benzene Levels? SGS Galson’s AIHR Shark Found Out.

Multiple sources existed in a complex refinery setting and they were unable to determine the emission source based on two-week Windrose data. Windrose data is derived from the wind speed, direction, and duration during the sampling period from an on-site meteorological station or a regional National Oceanic and Atmospheric Administration site (NOAA).

After months of exceedances and studying Windrose data, it was still unclear of the source of benzene.

Solution:
Four SGS Galson AIHR Sharks, our state-of-the-art hands-free tool that monitors emission levels caused by refinery activity or off-site sources, were initially deployed at the TD tube locations of concern on the fenceline to determine concentration and direction of the emission source.

The Sharks were deployed in-line with the two-week sampling period of the TD tubes, then analyzed. The analyses indicated higher benzene concentrations in certain sample ports related to other ports. The sample results were loaded into a software program which geolocated the Sharks on a Google map of the facility for ease of data interpretation.

Results:
The results were concerning to the laboratory since the Sharks identified a grassy plot located within the refinery facility. The laboratory was working in a complete knowledge vacuum only interpreting the data obtained and had no knowledge of the facility operations. Upon consulting the client about the data, it was determined that “it made complete sense”, since the grassy field was the location of the refinery marine vapor flare, unidentifiable to the laboratory from the aerial view of the facility.

The data generated from this round of analysis, plus subsequent rounds, provided the empirical data for the facility to determine the combustion efficiency needed to be improved to reduce the benzene concentrations at the fenceline. Unknown to our laboratory, the flare was eventually taken out of service and modified to improve efficiency. Of course, the Shark identified when the flare was taken offline and then confirmed the modifications were sufficient to reduce the benzene emissions.

“At Lancaster University, in partnership with the Environment Agency, we are developing monitors that are easily deployable in the field, that do not require a power source and are affordable.”

Questions about our patented AIHR Shark? Drop us a line below: